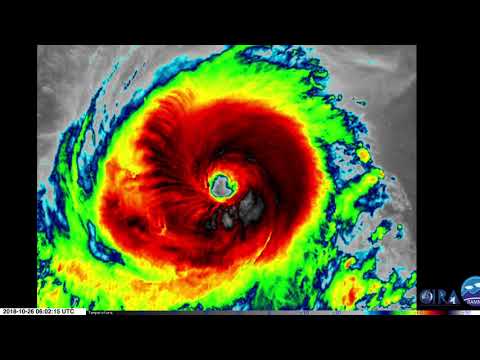 #tropics #typhoons #yutu Typhoon Yutu devastated the northern Mariana Islands early on October 25, 2018, making landfall over the island of Saipan with winds of 285 km/hr or about 180 mph. Yutu became a tropical depression on October 21st, then rapidly strengthened between the 22nd and 24th, reaching super-typhoon intensity and making landfall at peak intensity. Later in the day after landfall Yutu underwent an eyewall replacement cycle, with a new eyew all developing outside
50